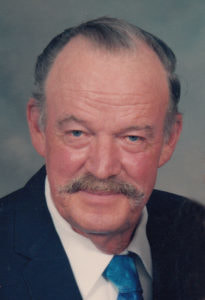 Robert was born March 21, 1936 in Mt Vernon, Oregon to Clifford & Francis (Huff) Parkins. May 23, 1956 he married the love of his life, Esther Mae Steen. To this marriage 8 children were born and many foster children were loved and cared for.

Robert worked on the Fremont Police Department before he began driving truck. For 28 years he drove for Hinky Dinky then retired driving with Wright Trucking out of Blair, NE. Along with driving truck he was top salesman for Miracle Maid Cookware where he earned numerous trophies and trips.

Robert’s passion for his family was beyond measure. He led by example, showing the importance of family and the value of every moment. He worked endlessly for his family and was always the first to lend a hand when help was needed. He was a friend to anyone; the only stranger to him was someone he hadn’t met. His love and knowledge of the outdoors was awe inspiring. He took his family deer hunting every November since 1964 and now there are 3 generations hunting and working together. Our hearts are forever broken with the loss of this amazing man but the Legacy of Bob Parkins or “Big Deer” as many have known him will always be carried on.