John Michael Huff, II was born on April 21, 1954, in Hillsboro, Oregon. He was the first of seven children born to John and Kathleen Huff. He was known as Johnny Mike to the extended Huff family but as Mike to his siblings and John to friends.

Johnny Mike was very protective of his younger siblings. On one occasion, when he was in the sixth grade, his class was out on the playground when he saw a girl from his class push his little brother down. He came to his brother's aide and punched the girl, breaking her nose. Her parents tried in vain to sue his parents. On yet another occasion, that exemplified his loving and softer side, he took his sister out and bought her a new outfit to wear.

Michael was very talented and artistic. He had a photographic memory, able to read a book and months later accurately quote lines from that book. He also seemed to have inherited his mother's ear for music, being able to play the guitar by ear. He loved to draw and created animated drawings of birds in flight and can-can girls as well as beautiful portraits. It's safe to say that his art had a big impact on his family. When the family still lived in South Sacramento, Mike received a wood burning kit as a gift. One day he forgot to unplug the burning wand and left it sitting in its stand on the card table in his bedroom. Unbeknownst to his aunt, who was watching them, he had gone outside to play. The wand fell off its stand and started his bedroom on fire. Fearing he was still in his bedroom, his aunt opened the door to see the room ablaze. Everyone was quickly evacuated and no one was hurt. The fire only damaged his bedroom.

In 1968, the family moved back to Hillsboro, Oregon. Now a teenager, Michael became involved in the Civil Air Patrol doing "search and rescue" training. In 1971, with his parents' consent, Michael enlisted in the U.S. Army. However, he received an honorable discharge before completing boot-camp and returned home in the fall. In 1972, Michael enrolled at Manpower Vocational School in Portland. It was a boarding school located near the banks of the Sandy River.

On the evening of August 28, 1972, John and Kathleen received a phone call from the coroner's office in Portland. Michael's body had been found on the banks of the Sandy River near the school. His death was officially ruled as a suicide but Kathleen learned that he had witnessed a drug deal and was caught. There was a fight. Michael was knocked down at the edge of the river. As he was about to get up, he was struck in the back of the head and knocked unconscious. The person involved left him with his face in the water. Kathleen said, "If he would have turned his head, he would have lived."  He was buried in Fir Lawn Cemetery, in Hillsboro, Oregon. 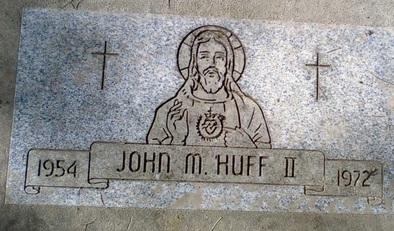