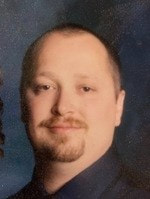 on February 16, 1999, IN Nevada, David and Jojeania Crisp were married.  They returned to their home in Bakersfield, California.  David worked as a motorcycle technician for twenty-five years supporting his wife and son.

David had two loves in his life, his family, and building sand castles. He combined the two when He would take family trips to Pismo Beach spending hours in the sun making lasting memories.

In December of 2020, amid the Covid-19 pandemic, David did not feel well. He was afraid to go to the hospital. On December 24th he had no choice but it was too late. He slipped away on December 26th.