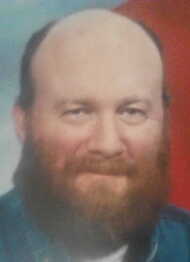 CALVIN LEROY PARKINS, SR
SEPTEMBER 7, 1963 - OCTOBER 25, 2007
Calvin Lerooy Parkins was born on September 7, 1063 in Fremont, Nebraska to Robert and Esther (Steen) Parkins. He was raised outside of Mead. While in high school he participated in chorus, football, band, track and numerous clubs. He was proud that he continues to hold the record in the one-mile and two-mile run.

He  joined the U.S. Army in 1984 and served until 1989. During those years he was stationed in the United States and Germany.

He married Shawn Lynn Olsen and the couple had four children: Calvin Jr., Ashley, James, and Elizabeth. The marriage ended in April of 1991. On March 5, 1994 he married Pamela Zanker. The couple lived in Dodge where he worked at IBP. They returned to Mead where he worked at Wal-Mart. In 2001 he became disabled. He and his family moved to Crawford in August of 2006.

Growing up, he attended Mead Covenant Church and most recently was a member of the Nazarene Church in Crawford.

Calvin had a great love of hunting. He also enjoyed fishing, working in his garden and cooking. His love of hunting, family and life was so great. He was proud to pass his knowledge and love on to his children and many nieces and nephews.